What is Plexr Application? 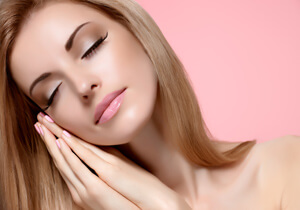 Plexr uses plasma, the fourth state of matter, as its working principle. Plasma energy is released by ionizing gases that are free in the air with high electricity. Especially the plasma energy generated by ionizing the nitrogen gas and water vapor in the air enables the kerationsite cells in the applied tissue to turn from solid to gas. In this way, only problematic areas in the intended areas can be targeted in micro dimensions, and the other areas can be treated without any damage.

How is Plexr Eyelid Aesthetics Performed?

First of all, the area where the procedure will be performed is thoroughly cleaned with antiseptic liquids. Then, creams showing local anesthetic effect are applied to the procedure area in order to prevent the person from feeling pain. When local anesthetic creams start to take effect, Plexr is applied with the help of the device.

How Long Does Non-Surgical Eyelid Aesthetics Last With Plexr?

Depending on the area to be applied such as upper eyelid, lower eyelid, the duration of the Plexr procedure may vary. It may take 5-20 minutes to apply after the effect of local anesthesia.

With Plexr, a slight edema may occur after applications such as eyelid lift and eyelid lift. This edema passes within 3-4 days. Then, after the 5th day, the crusting begin to disappear and a normal appearance appears. After the procedure, sunscreen creams and products recommended by your doctor should be used regularly. With the help of various creams, the crusting and healing process is accelerated.

Advantages of Plasma Aesthetics with Plexr

Non-surgical eyelid aesthetics and other procedures performed with plasma energy are very easy procedures and can be applied in a short time. After the application, situations that prevent daily life do not occur. There is no need for interventions such as medical dressing.

Non-surgical eyelid aesthetics prices may vary depending on various factors. Plexr plasma aesthetics is a technique used in many different areas. For this reason, Plexr plasma aesthetics prices may differ from process to process. At the same time, the prices of non-surgical eyelid aesthetics vary according to the clinic, year and province where the procedure will be performed. As required by the laws of the costs for medical aesthetic procedure is illegal in Turkey to be shared on the Internet. If you want to get more information about the subject, you can reach us at 0 (312) 219 18 82 and ask questions in your mind.